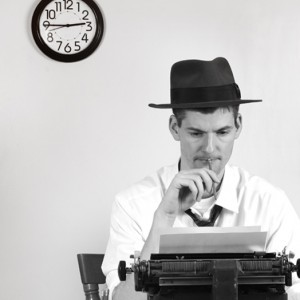 Gregory Galant – founder of MuckRack and seasoned digital PR Pro – was interviewed recently by Didit CEO Kevin Lee for the eMarketing Association. The interview provided insights of interest to contemporary PR professionals, particularly in regard to highly avoidable blunders that no savvy digital PR pro — whether operating independently or from within an agency — should make today.

In days of yore, TV, radio, and print journalists typically remained at their jobs for many months, making locating them pursuant to making a pitch relatively easy. Today, however, media professionals move from job to job — and beat to beat — much more quickly. Unless active steps are taken by the PR professional to keep his/her list of contacts up to date, the value of his/her “virtual rolodex” declines very quickly. Remaining in active contact with journalists’ social media feeds will ensure that contact lists do not excessively drift. Additionally, doing so will provide the benefit of actually knowing what a reporter is covering before making a pitch (which as we shall see below, should always be customized so that it is relevant to the reporter).

Blunder 2: Not customizing the PR pitch

The days of batch-blasting a single PR release to numerous journalists are long gone, Mr. Galant observes. Not only is such a practice annoying — it is ineffective, resulting in abysmally poor response rates. A far more effective practice is to gather a much more limited set of journalists and — only after carefully reading what they’ve actually written and understanding each’s unique beat, POV, and voice – send them individualized, customized releases that reflect understanding of the journalist’s work. Creating customized pitches is far more labor-intensive than batch-blasting, but it is worthwhile given how much it increases the change of a favorable response to a PR release.

Blunder 3: Not Connecting the PR release to a genuine trend

Few journalists will pay attention to your release if it simply announces a new product, new hire, or other achievement in a context-free vacuum. Instead, tie your release to a genuine trend that’s worth talking about. Thinking about the broader social, political, scientific, or industry context for your release gives you a chance of making your release part of a bigger story likely to achieve wider reach. It’s usually a blunder to make your goal a media placement that exclusively mentions your new product; a far more reasonable objective is to have it included (perhaps with other products from other vendors) in what journalists call a “trend piece.”

Blunder 4: Not including an image with your release

Even before the internet, journalists were overworked; today, many online journalists are required to file multiple stories each day. Some even have to actually “work the printing press” insofar as they must assemble sharable media assets for their stories, typically images and/or images. Providing these busy people with an attractive image, video, or other multimedia asset to accompany your release can distinguish your release from those that lack them and make it more likely that it will recieve a favorable response.

Blunder 5: Relying on boring “boilerplate” content to get your message across

Anodyne quotes from the C-suite are rarely of interest to journalists. Unfortunately, because PR releases are group-generated document, they often suffer from one of the worst aspects of groupthink, which is the imperative not to offend anyone, inside or outside the company. The best way to avoid this issue is to have someone on your internal team who actually can, as Mr. Galant puts it, “put on the hat of a journalist.” Such a person will be able to quickly tell you whether your release tells an actual story with a scope large enough to warrant journalistic inquiry. (As discussed above in Blunder 3, a great way to begin constructing the frame for such a story is to connect your release to a genuine trend).

You can view the complete interview between Kevin Lee and Gregory Galant at https://youtu.be/zP5mSqApLnQ or via the video embed on this page.

The Today Show Enlists Halo to Uncover the Power of Branding

Making a Fashion Statement in the Gen Z Fashion World